LEVITATION from SILA SVETA on Vimeo. 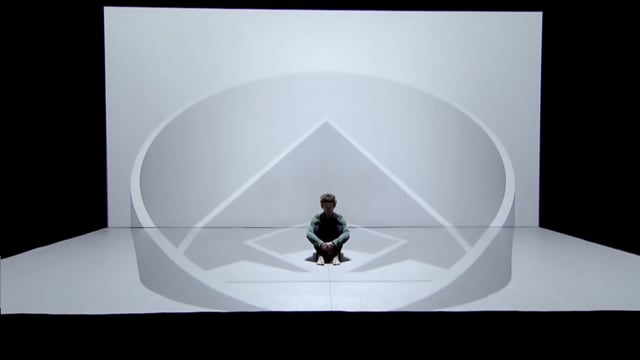 For ten years, Americans have had the opportunity to showcase their unique talents for their chance at fame on America’s Got Talent (AGT), the hit show which is part of an international franchise. Wowing the audience and one-upping competition is the objective on AGT, so when producers tapped Sila Sveta, an interactive media, conceptual design, and turnkey global production company headquartered in Los Angeles and Moscow, to participate, Sila Sveta knew they would have to impress.

Sila Sveta had been working on the now-viral video Levitation at the time and drew from it to develop their AGT performance – both are dance pieces with projected multimedia scenery that dancers seem to interact with through choreography. Sila Sveta used the ET-DLE030 ultra-short throw lens with six PT-DZ870 8.5K lumen projectors to create Levitation.

Based on the success of Levitation and knowing the stakes of a live performance with over 12 million viewers and a $1 million prize, for its performance at AGT, Sila Sveta again turned to trusted partner Panasonic to perform Sleeping Beauty. On location at the world-renown Radio City Music Hall stage, the crew had a small physical space in which to perform yet wanted to use super high lumen projection technology. Only one company had the solution to this conundrum: Panasonic. With 20K lumen Panasonic PT-DZ21K projectors, the one-of-a-kind ET-D75LE90 ultra-short throw lens for 3-chip DLP projectors made a projection-based immersive world possible at close range. Andrey Kostyuk, Interim President and Board Member at Sila Sveta Inc. in the USA, noted: “We evaluated and even previously worked with other major projector manufacturers, but no one had this unique solution, which was critical for the performance.”

Alexander Us, creative director and co-founder of Sila Sveta, stated, “Panasonic outshined the competition in many ways. They have a robust projector portfolio with a full range of compatible accessories. The breadth of their lumen range is unrivaled. The quality of their products is outstanding and their pricing is reasonable.” He continued, “Equally importantly, we enjoy working with the Panasonic team- they are reliable, loyal, and proactive. I would recommend Panasonic to any production company.”

Sila Sveta’s performance aired on AGT on May 31, 2016 and received a standing ovation from the 2000-person audience and approval from the judges, moving them into the next phase of the competition. Judge Mel B. complimented the piece saying, “Visually, that was absolutely stunning and so magical.” Added Heidi Klum: “That’s amazing! I’ve never seen anything like this before. It was incredible!” Even famously critical Simon Cowell summed up the performance and thus the ET-D75LE90 lens succinctly when he said “The exciting thing is, it means in the future we can go anywhere we want in any place. I love that idea.”